From BelieveTheSign
(Redirected from Off The Shelf)
Jump to:navigation, search 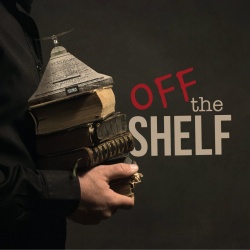 Off The Shelf is a podcast where we discuss what it means to be a true follower of Jesus in the context of scripture and the message of William Branham.

When a follower of William Branham's message has a difficult question, particularly where the William Branham and the Bible appear to be in disagreement, it is common to hear message ministers advise them to put it "on the shelf". In the podcast, our hosts regularly pull some of these issues "off the shelf".

Here is a complete list of the episodes (click on the specific episode to go to the episode page where you can listen to it):